Kaizen is a Japenese word that means continual improvement through small incremental steps. We chose the word Kaizen for our organisation because we believe that it is a great fit for our work in the community sector, where we should always be looking to improve what we do. No matter how successful something is, we will talk about how we can improve it the next time.

Here is a recent example of this process in action, with the result being what we think is a really useful innovation in consultation.

In most consultations it is a good thing to include some form of focus group as part of the methodology. But there is a fundamental problem with focus groups that is as follows: in general, only a very certain type of person will attend. The customary response to this fact is to widen that group by use of straight out bribery – free food, gifts or other incentives. This in turn has the result that the focus group may well be attended largely by people who are interested in the loot, not the discussion. These are serious limitations on the reliability of the information coming out of most focus groups.

We do a lot of consultations and community research. In the past year alone we have engaged and spoken with several thousand people in the community, and with a particular focus on people who don’t normally get involved with or participate in consultations. (Typically about 60% say they have never been consulted with before and another 20% or so say they have, but not much). We have engaged with people at 6am in the gym, and 2am in a nightclub; at train stations and bus stops (including jumping on the bus to continue a conversation); in parks and estates, cafes, hairdressers and a very wonderful array of other places. (If you want to see an example of the type of thing we do, have a look at pages 9-10 in this report on the consultation and engagement we did for one of the DCLG neighbourhood community budgets in East London.) 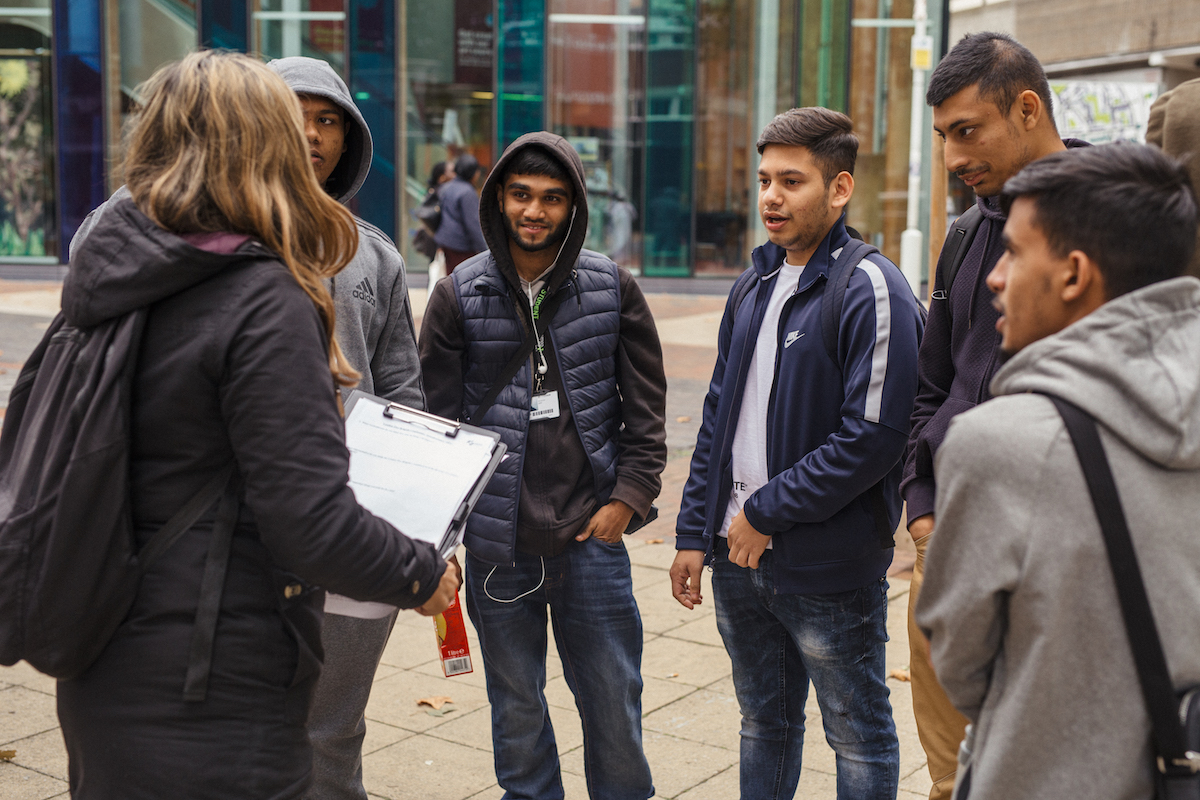 Now, these are one-on-one conversations, they produce great qualitative and quantitative data, and really work well. But they aren’t group discussions; and there is something different and exciting about having a discussion about the issues rather than working through the medium of a questionnaire.

There are various issues with the traditional focus group. The first is the reason above – the people attending are a self-selecting and niche group, who have the inclination, time, capacity etc for that type of process. The second issue is not about the focus group itself, but about a challenge in doing street engagement. When you are out doing street engagement there are often times and situations when you cant always isolate an individual to do a one-on-one questionnaire because they are in a group. Examples of this could be mums outside the primary school, teenagers hanging out in an estate late at night on a summers evening, a family having a picnic in the park. People in groups are in this way excluded from most street consultation, and that means their voice is not heard.

So, in response to these issues, we have pioneered what we call “street focus groups”. Just as it says on the tin, it is a focus group discussion, held on the street – with no bribery and no incentives, beyond the conversation itself. 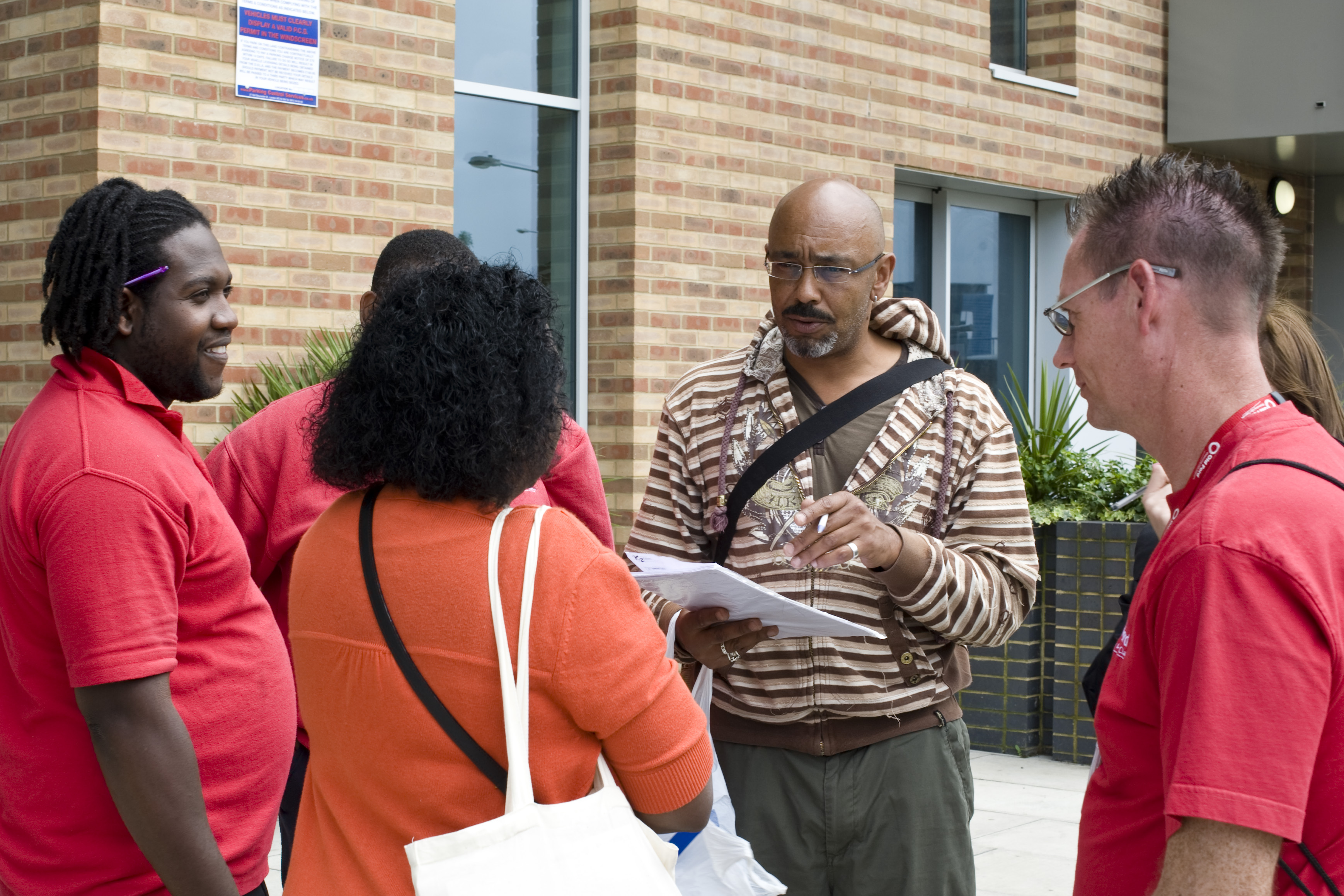 And it works. It works really well.

This is an exciting new technique that we now use in all our consultations, and it means we can effectively have lots and lots of focus groups, with different sorts of people, in different sorts of places. These street focus groups last from between 15-30 minutes and cover a range of questions, in a semi-structured process. We may talk about just one aspect of the project or cover several – it really depends on where the conversation goes.

On a recent project for the Canal and River Trust as part of a medium size engagement (500+ people) we conducted 23 street focus groups with over 130 people participating in them. We also did 1 normal focus group, well, normal except for the fact that we held it on a moving boat which meant we literally had a happy, but captive audience for 1.5 hours.

So, its not like we are abandoning sit down focus groups of the traditional kind, but they will from now onwards be the exception not the norm for us. If there is a particular reason that has them be a reliable methodology we will use them. But I couldn’t think of ever doing a community consultation again that didn’t have street focus groups as a central part of the methodology.

There is no magic to the street focus group, and we think that it could really add benefit to lots of consultations that genuinely want to reach out beyond the usual / bribe-able suspects.

If you do consultations, then I encourage you to try it out and see what you think.

If you commission consultations, then I encourage you to start asking delivery organisations to do them.

Everyone wants to involve the local community in services, projects and local initiatives. But…

What does this actually mean in practice?

How can we, as professionals in the sector, ensure that we are providing an effective and attractive menu of participation options for people to take up?

How can we measure the effectiveness of our participation strategy?

We have developed the following model/framework to identify and explain what we see to be the different core archetypes of community participation. It can be applied at all scales and in all sectors; from a national perspective explaining the concept of how individuals can participate in the Big Society, to a local level, in a school looking to increase parent engagement, or a local authority wanting to address anti-social behaviour.

So, what does it mean to participate in your community?

We think it means you are doing one of these 7 things:

All of these things help to build community.

All of them can apply as much to organisations as to individuals; in life and online.

This is not a hierarchy where one way of participating is better than another.

It is not a progression where one way leads to another.

What we know, is that at different times, for different issues, we all will contribute and participate in our communities in different ways. This is because at different moments in our lives, different things are important to us, we have different opportunities and interact with different people.

We use these archetypal models in all our community engagement and community building projects. We find the following benefits from using it:

If genuine and widespread community participation is wanted, then a vital role for government (central and local) and for third sector organisations, should be to ensure that there is a very wide range of opportunities, in each of these areas for people to participate.

And, if we, as individuals want to be involved and help to build our communities, then all we have to do is step up, and do more of the things that we can do.

It really is that simple.

Talk to us about your engagement needs: Contact Us